Everyball player Victoria Pisani today won the Powder Byrne 16&U Grade 3 Event at the LTA National Tennis Centre in Roehampton. Tor beat Isabella Brown 6-2, 6-3 joining Roger Federer today on the winner's podium!! Great job Tor.
In a Telegraph article on 22nd November entitled 'From Basel ball boy to king of the court' Roger Federer says, 'This is where you have to be particularly strong, when things are not going your way. Knowing when to hit the deciding shot is also a talent that you need to discover within your game. I think that is one of the true talents I have.' On two levels I think this is a particularly meaningful quote. First of all, the idea of being strong when things aren't going your way. It's easy to maintain good routines, body language, self talk, attentional control etc, etc when things are going well. The true test of your ability in these areas, and of your character is how you respond when the chips are down, when the tide is against you. And second, the notion of when to hit the deciding shot. Especially at junior level, there tends to be an attitude the 'every shot must be special'. Not so, just watch the next two days of competition at the O2. In nearly every point there will be a pivotal shot, the shot that puts one player in the ascendency, but for much of the time there will be a sparring and jostling between players to earn this opportunity. Check it out and see what you think.
Ever try and help your kids/students in a particular area of their life or game and all you get back is a 'yea, I know'? Knowing takes on a particular meaning here because what they are really saying is, 'Yes I'm aware of that I but I'm not actually prepared to do anything about it!'. In this context, knowing is doing! On a similar note is that of 'absolutes' - my two boys will often say, 'Daddy, you always say that....', 'Daddy, you never let me.....' My response to them is, 'always?', 'never?'. I heard it today several times on court during training. 'I never make that shot', 'I always double fault under pressure'. 'Never?', 'Always?'. As in Stop, Challenge, Choose (see blog of last week), it's really important to challenge irrational thinking and seek some objective reality!
Hi friends and practitioners of Everyball, We are in the midst of producing a motivational 2011 Halton/Everyball Calendar. It should be ready for sale around the 10th of December with proceeds going towards a project called 'Keep the Dream Alive'. Our Dream is that one day we'll put an Everyball player onto Wimbledon's Centre court so funds raised through this will go towards supporting our top players at the Academy. It will be a great gift or addition to your desk next year so please hold on any calendar purchases! For further information closer to the time please e-mail haltontennis@btinternet.com or mike@everyball.net. We are also holding an adult Novice taster session between 10.30 - 12.00 noon on the 1st of December, followed by a Mini Tennis Taster session on the 4th December between 12.00 and 1.30 pm. For more information please e-mail James Morgan at james@everyball.net. 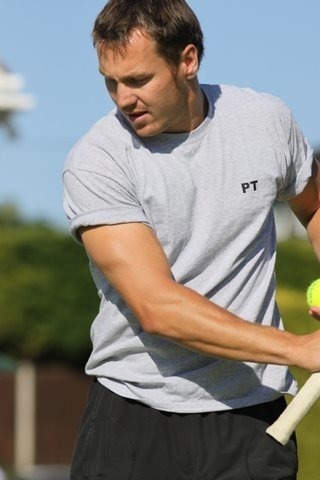 Everyball Coach Pete Thorne is working hard to be a front cover contender!

Congratulations to Everyball player Michael Shaw who won last weekend's Grade 3 Winter Regional Tour event in Peterborough. In the semi-final he beat highly regarded Dominic West 6-3, 6-4 and then in the final he got the better of his training partner and Everyball player Sam Gough 6-2, 7-5. Michael said of his victory, 'I played as well as I could using all that I had on the day'. Nice competitive mentality Michael. Congratulations also to Sam Gough for a great run getting to the final. Sam said, 'I had some good opportunities in the second set, but Michael played a solid couple of games from 5-5 to close out the match.' Katy Dunne and Alex Clark compete today in the LTA British Tour event in Nottingham - good luck girls!
Next time you are experiencing emotions other than neutral or positive (on-court or otherwise) - try this 2 minute drill. 1. Stop - step away (back of the court) and take 2 or 3 long, deep breaths. As you do this, center yourself by focusing on where your centre of gravity is and assume good posture, shoulders back, chin up. As a result of breathing and centering you give yourself the best opportunity to calm down and take on the role of an 'observer' rather than a 'performer'. 2. Challenge - in this new, detached role as an observer you're now in a position to 'challenge' any irrational thoughts relating to the current situation and your negative emotion. So often we 'make stuff up' rather than look at what the 'objective reality of the situation' is. 3. Choose - now is the opportunity to 'choose' a new response, one that is going to be helpful to you in achieving your desired result. Your new response may feel a bit 'phony' to begin with so it's important here to 'fake it until you make it' or act it out. The more you do this, the more you'll begin to believe! Emotions/feelings can normally be summed up in one word - anger, fear, anxiety, excitement, etc, etc. If you have to take more than a word to describe an emotion, you're probably starting to define your 'thoughts'. Choosing a new response is likely to be linked to a new thinking pattern (self-talk). Remember, your thoughts drive your emotions and your emotions drive your behaviour. This then, becomes a hugely important mental skill, both in competition but also in everyday life. For further reading on this please see 'Play to Win' by Larry Wilson (Chapter 10)
A key way to increase confidence is to put yourself at risk. In Mia Kellmer Pringle's Four development needs of kids she discusses 'new experiences'. New experiences take us out of the comfort zone, challenge and grow us - no matter what our age is. What 'new experience' can you have today to build your confidence? 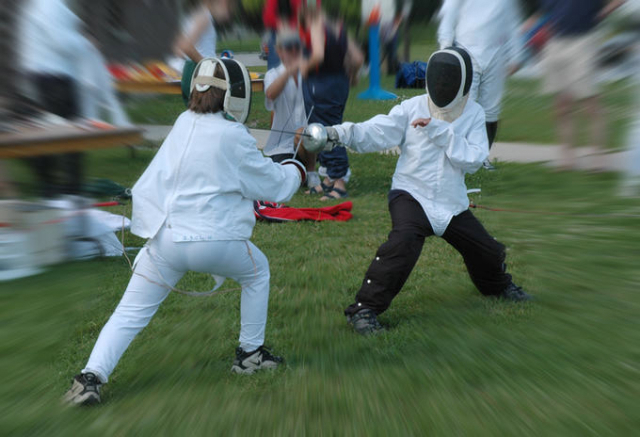 I remember Sharapova coming off the court having lost a grand-slam quarter final. Can't remember when and who against, but her post match comment was great: 'I would've, should've, could've but didn't' Basically she was saying that she was not good enough on the day, full-stop. I hear so often whether it's around my own kids football club or within our own Academy, 'Oh, I/we should've won that match. The guy was such a hacker......blah, blah, blah.' Wouldn't it be really nice for players just to front up and say, 'I wasn't good enough today and couldn't answer the questions my opponent asked of me.' Yes, of course you 'could have won' but only if you had done some things differently, if only you had some more tools in your locker. Brings us back to the rules of results again. 1. I can't control my results, only influence them. 2. The results I'm getting are the results I should be getting. 3. If I want to change my results, I'd better do something differently. Blaming your opponent because they were a 'hacker' or 'had no skill but were just too physical' is lazy thinking and shows a lack of respect and won't lead you down the road of improvement. I like the athlete who's prepared to front up and say, 'wasn't good enough today and this is what needs to get better'. Full-stop.
Well done to Everyball player Alex Clark who this week has moved into the top 500 in the ITF Junior (18&U) World rankings at 498. Great job Alex and keep up all the hard work. 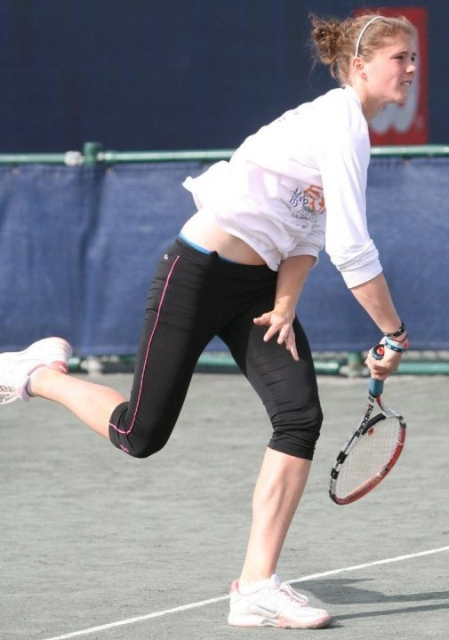 Over the last few years the Everyball Academy has taken a number of our juniors to train at the world famous Bruguera Academy in Barcelona. One of the top coaches there is a great guy called Javier Gutierrez or 'Guti' for short. He's been over to visit us at Halton and is a great supporter of what we do - one day we'll try and persuade him to join us!! Anyway, Guti sent me the following e mail today. His English is so much better than my Spanish but I know he would have taken a lot of time to put this together - thanks Guti! Mike, thanks to dedicate your time with your interesting blog. I wrote something that you could add in comments wherever you think is more appropriate. “In final of Masters Series of Madrid (2005) Nadal was losing 3/6 2/6 against Ljubicic. Nobody believed this time Nadal could change the direction of match (nobody except Nadal, his coach and ... Ljubicic). The conditions were the worst for Nadal; hard court, indoor, altitude of Madrid (where the ball runs faster) and most difficult thing was Ljubicic playing his best tennis. Nadal had only one chance... to continue “fighting for every ball”. He was looking for solutions but nothing was working against so good level of Ljubicic. The only thing he could do it was tell to his opponent “Ok, you are playing amazing... but can you play so good till the end of the match? Remember that if you go a bit down... I am here waiting for you!!!”.
Obviously Nadal didn’t talk with words; but he sent this message to Ljubicic “fighting for every ball” with all his courage and determination. For all players is hard to know the opponent is waiting for your first signal of weakness. We could think even of the “magic” Federer.
Probably everybody knows, or can guess, that Nadal won the final (7/6 in final set). Did he was sure of victory? No, he just was fighting for an opportunity. Nobody has warranty of success (what is success?) and this is why is interesting tennis competition and everything we do in life. We feel happy when we get something that we weren’t sure to get.
We can understand easily the way to see competition for Nadal with his words after match. -Interviewer “Were you nervous? What do you think in so difficult moments?”
-Nadal “Yes, I am nervous. Then I think. If I am nervous, my opponent must be nervous as well”. The next words of Nadal could be “...therefore, I continue fighting for every ball”. Very simple, very clever. He don’t waste his thoughts around bad feelings, he just think how to win next point...” I think Mike, Nadal is the perfect example of philosophy of your academy. Best regards, Guti 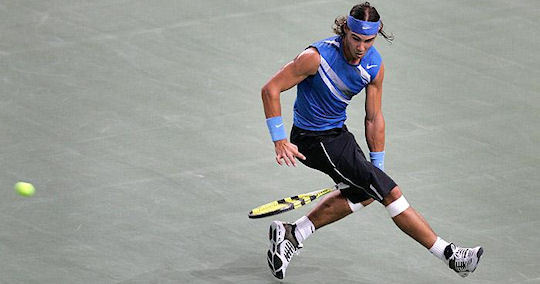 Hello and a thanks for visiting my blog - a platform for my views, musings and observations through my work as an LTA L5 Master Performance Coach and Coach Education Tutor (currently delivering the L4 SPC) and author of the book, 'Everyball - Reflections, anecdotes and observations from a life in tennis aimed to tool you up for the game of life!' of which I am now writing a second edition! You may be looking for the home sites of Everyball Tennis and Halton Tennis Centre? You'll find these in the links below. For my own personal service offerings please click on the coachingbymike link. Thanks a lot and look forward to being in touch!